Over the last decade, CLAW has organized and hosted more than a dozen academic conferences which has resulted in a prolific publication series with the University of South Carolina Press. For a full listing of the books in the USC Press’s series in the Carolina Lowcountry and Atlantic World, see http://www.sc.edu/uscpress/claw.html. 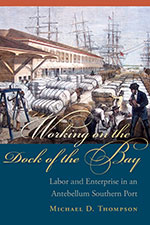 Working on the Dock of the Bay: Labor and Enterprise in an Antebellum Southern Port, by Michael D. Thompson (2015). 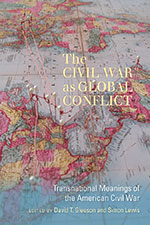 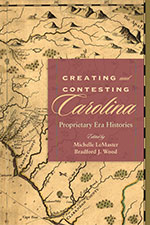 Jewish Sanctuary in the Atlantic World: A Social and Architectural History, by Barry L. Stiefel with the assistance of David Rittenberg. Foreword by Samuel D. Gruber (2014).

The Irish in the Atlantic World. Edited by David T. Gleeson (2010).

The Fruits of Exile: Central European Intellectual Immigration to America in the Age of Fascism. Edited by Richard Bodek and Simon Lewis (2010).

Material Culture in Anglo-America: Regional Identity and Urbanity in the Tidewater, Lowcountry, and Caribbean. Edited by David S. Shields (2009).

Paths to Freedom: Manumission in the Atlantic World. Edited by Rosemary Brana-Shute and Randy J. Sparks (2009).

Fighting for Honor: The History of African Martial Arts Traditions in the Atlantic World, by T. J. Desch Obi (2008).

Saints and Their Cults in the Atlantic World. Edited by Margaret Cormack (2007).

To Make This Land Our Own: Community, Identity, and Cultural Adaptation in Purrysburg Township, South Carolina, 1732–1865, by Arlin C. Migliazzo. Foreword by Lawrence S. Rowland (2007).

Votaries of Apollo: The St. Cecilia Society and the Patronage of Concert Music in Charleston, South Carolina, 1766–1820, by Nicholas Michael Butler (2007).

From New Babylon to Eden: The Huguenots and Their Migration to Colonial South Carolina, by Betrand Van Ruymbeke (2006).

The Atlantic Economy during the Seventeenth and Eighteenth Centuries: Organization, Operation, Practice, and Personnel. Edited by Peter A. Coclanis (2005).

Memory and Identity: The Huguenots in France and the Atlantic Diaspora. Edited by Bertrand Van Ruymbeke and Randy J. Sparks (2003).

The Impact of the Haitian Revolution in the Atlantic World. Edited by David P. Geggus (2002).