The Carolina Lowcountry and Atlantic World Program is delighted to welcome Caryl Phillips as a 2017 Wells Fargo Distinguished lecturer. Phillips will be discussing his work as a writer of both fiction and of non-fiction with CLAW director Dr. Simon Lewis.

As a writer of historical fiction and of non-fiction who has repeatedly taken the Atlantic slave trade and its contemporary legacy as his subject, Caryl Phillips will directly address the conference theme of transforming public history from Charleston to the Atlantic World. His own work has been part of that transformation; as one of the leading members of a pioneering generation of “Black British” writers who began publishing in the early 1980s, Phillips was producing representations of “the Black Atlantic” before the phrase had even been coined. Born in St Kitts, raised in the north of England, and working as a professor in the United States (currently at Yale), Phillips is the very embodiment of a citizen of the Atlantic World. He is deeply knowledgeable about Charleston, too, and not only in relation to Charleston’s historic position in the transatlantic slave trade. His non-fiction book The Atlantic Sound deals with Liverpool, Accra, and Charleston, and features an account of Judge Waties Waring, whose landmark judgments in a number of key civil rights cases heard in South Carolina opened up significant cracks in the apparently impregnable facade of Jim Crow legislation in the South. In addition to locally specific comments, Phillips will probably address a whole range of broader conference-related issues such as the way in which literature, and other artistic expression, affects public consciousness of history and the world around us.

Further information on the works and a detailed biography of Caryl Phillips can be found here. 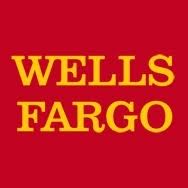