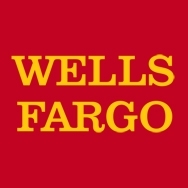 Within studies of American architecture and material culture, Drayton Hall (c.1738) is regarded as an icon of colonial identity that reflects an intimate connection to popular European design, sophisticated craftsmanship, and the wealth of South Carolina’s plantation economy. Complementing Drayton Hall’s architecture is a remarkable collection of surviving furniture, ceramics, artwork and artifacts that exhibit distinctive patterns of 18th century consumption, taste and intellect. Drawing from surviving resources, this presentation will explore the 18th century formation of Drayton Hall and the values that led to its survival. This will be followed by a discussion of Drayton Hall’s future, including a vision to transform the site by improving the visitor experience and expanding our stewardship of the past.

Carter C. Hudgins is the President and CEO of the Drayton Hall Preservation Trust. He previously served as the Director of Preservation at Drayton Hall.  Carter received a B.A. from Hampden-Sydney College in Virginia, and a M.A. and Ph.D. from Royal Holloway, an institution within the University of London consortium. Carter has lectured and published extensively on the history, archaeology and material culture of early America and post-medieval England with a particular focus on the 17th century. Carter’s current research and publications focus on the landscape and archaeology of Drayton Hall within the larger context of the 18th century Atlantic World.