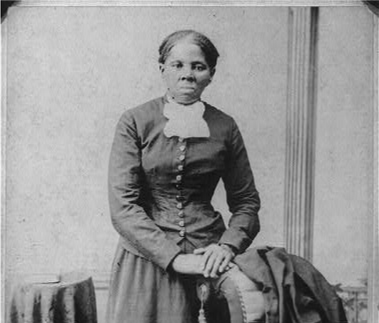 A central question of the two-day event was how to make the history of the Civil Rights Movement struggle relevant to young people today. As an example, one panel discussed the upcoming collaborative digital exhibition, “Somebody Had to Do It:” A History of Desegregation in South Carolina. Dr. Millicent Brown and Dr. Jon Hale are partnering with the Avery Research Center and the Lowcountry Digital History Initiative (LDHI) to create an online exhibition that incorporates the stories of the primary actors of the movement to desegregate schools. This digital exhibition seeks to showcase experiences of the “first children” to desegregate schools through oral history videos as well as interactive maps and timelines to tell the history of desegregation in the students’ own words.

Drawing from personal experience, Dr. Brown spoke eloquently about the hopes as well as the unintended consequences that came with school desegregation. Brown noted those directly involved in desegregation “thought it would be important to get kids together, to expose them to the same information, and close the gap of achievement.” She as well as others had faith that transforming education would transform mindsets, communities, and ultimately the country. Yet, as a result of desegregation, many African-American schools shut down and many African-American teachers lost their positions in the community. Brown wants to honor those first children to desegregate schools while also placing their sacrifices into the proper, and complex historical context. Working with LDHI, Brown said that she and other first children are “so grateful for where the technology has taken us and for the ability to share with everyone our story, especially the young people.” Ciera Gordon, a graduate student at the College of Charleston helping to create the online exhibition, said, “watching [the oral history] videos, you can see how therapeutic the interview sessions were for people still dealing with their pent up stories.” Brown concluded, “The beauty of it is that it will be shared worldwide.” Look for the upcoming LDHI exhibition, “Somebody Had to Do It:” A History of Desegregation in South Carolina, in 2015.

Collecting archival documentation about the first students to desegregate schools is ongoing and you can submit information to Aaron Spelbring, spelbringap@cofc.edu, Manager of Archival Services at the Avery Research Center.

The history of the Atlantic World is bound by water. For the past two decades, historians have plunged into this water world and transformed the narrative of early American history from a parochial story into a global epic, focusing on the trade winds and currents that touched four continents and countless people. Recently, however, scholars have begun to question whether the focus on the ocean itself has clouded our ability to see the broader reach of systems set in motion by Atlantic crossings. This October, at the “Long Struggle for the Ohio Valley” conference sponsored by the Filson Historical Institute in Louisville, Kentucky, historians presented new research that shifted the focus of scholarship from the Atlantic Ocean to the heart of the North American continent. Over the course of the weekend, scholars repositioned the Atlantic narrative around a different body of water – the Mississippi River – and placed the North American interior at the heart of imperial conflict.

The conference was organized by François Furstenberg and Eric Hinderaker, two scholars who have challenged historians to rethink the geographic and conceptual framework of the Atlantic World. Furstenberg’s 2008 essay in the American Historical Review, “The Significance of the Trans-Appalachian Frontier in Atlantic History,” explains how the American interior lay at the center of struggles for power between British, French, Spanish, American, and Indian empires. Alluding, of course, to Frederick Jackson Turner’s 1893 essay, “The Significance of the Frontier in American History,” Furstenberg untangles the West from its historiographic associations with the American experience and places it at the center of much broader, imperial narratives. Similarly, Eric Hinderaker’s 1997 work, Elusive Empires: Constructing Colonialism in the Ohio Valley, 1673-1800, tells the story of the Atlantic World as a series of failures on the part of French, British, American, and Indian powers to control populations at the fringes of empire upon whom their dominions depended. In Hinderaker’s telling, visions of empire did not emanate from European centers, but rather emerged through local conflicts over land, rights, and commercial exchange in the heart of the Ohio Valley.

Between 1750 and 1815, the North American interior experienced profound transformation shaped by Atlantic empires and Indian alliances. At mid-century, varied and powerful Indian populations dominated the region and controlled the influence of the French, British, and Spanish presence. By the end of the War of 1812, after the trans-Appalachian West experienced decades of turmoil, the collapse of European empires, and the shifting of Indian alliances, the region became the first frontier of the United States. Participants in the Filson conference considered how violence and conflict, commerce and exchange, land and law, policy and print, and kinship and family shaped the dramatic transformation of this Atlantic frontier. The volatile mix of Indian groups, British officials, Spanish agents, French habitants, and, eventually, American settlers, necessitated flexible and complicated strategies in diplomacy, exchange, war, and cultural adaptation.

With generous support from CLAW, I was able to attend this conference and present my own work on the importance of family and familial ideology to the negotiation of power in the early national West. I focused on a 1796 text by Gilbert Imlay called The Emigrants, an epistolary novel that describes the journey of an English family and their effort to start a new life on the Kentucky frontier. The family decides that eastern American leadership had failed to uphold the ideals of the Revolution, so they devise a plan to establish a separatist, utopian settlement in the West where they would establish true, enlightened government. The separatist impulse of the fictional characters reflected very real, contemporary concerns about western disunion that plagued the frontier after the American Revolution. During the 1780s and 1790s, American settlers in the West grew profoundly unhappy with eastern leadership, so much so that they entertained a Spanish or British alliance over the weak and unstable United States.

The subtext of Imlay’s novel, however, concerned the social and political oppression of women and emphasized the role of liberal divorce laws to the creation of an enlightened state. Imlay’s fictional characters explain how Old World governments were fundamentally corrupt because they did not protect women, but rather condoned women’s oppression under tyrannical marriage laws. The community that the emigrants hoped to establish in the West would be one in which leaders were manly and virtuous, deserving of their wives’ love and obedience, and secure in their authority. In some ways, The Emigrants can be read as a proto-feminist text, celebrating women’s emancipation from abusive husbands and advocating liberal divorce laws. Radical ideas about women’s rights were not far from Imlay’s own experience: he is remembered today not for his career as a novelist, but for his tumultuous relationship with Mary Wollstonecraft, the eighteenth-century proto-feminist author of A Vindication of the Rights of Woman.

Yet, despite the critique of women’s oppression in The Emigrants, the ideals that Imlay’s characters ultimately realized were not of female emancipation but, rather, of profoundly limited of gender roles. In the end, women remained captives of a new national vision of female dependence as American divorce laws reinforced the fixity of gender difference and secured women’s subordination within marriage. After the American Revolution, western settlers celebrated the manly protection of women as crucial to their understanding of place in the new political regime. The political utility of the hierarchically ordered, Anglo-American family emerged against a backdrop of households fractured by unrest and violence in the trans-Appalachian West. Settlers and political figures alike projected their vision of family into Atlantic conflicts in ways that were not new or revolutionary but, in fact, profoundly conservative.

In some ways, these cycles resonate with our modern politics. Today, our national political discourse– on both the left and the right – is framed by debates over the meaning of family and the importance of marriage. Within this debate, however, many thoughtful historians of sexuality and forward-thinking gay rights activists have expressed reservations about an uncritical political commitment to a historically oppressive institution. Gender scholars have been quick to point out that the institution of marriage has been historically used to limit gender expression and enshrine heteronormativity. In the late eighteenth-century, rights and citizenship became rooted to ideas about gender and household structure in ways that limited women’s rights and civic participation. If we are to learn from the past, we must acknowledge how institutionalizing ideas about family and marriage can sometimes mask a deeply regressive and anti-feminist agenda.