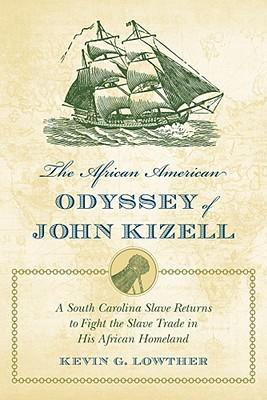 The African American Odyssey of John Kizell (with foreword by Joseph Opala) illustrates the life of Kizell, a West African enslaved in South Carolina that escaped and fought on the side of the British during the Revolutionary War. At the end of the war, Kizell was evacuated to Nova Scotia and later joined a pilgrimage of nearly twelve hundred former slaves to the new British settlement for free blacks in Sierra Leone. He spent decades battling European and African slave traders along the coast and urging his people to stop selling their own into foreign bondage. This in-depth biography–based in part on Kizell’s own writings–illuminates the links between South Carolina and West Africa during the Atlantic slave trade’s peak decades. Kizell also played a controversial role in the settlement of American blacks in what later became Liberia.

Kevin G. Lowther has written on African issues for the Washington Post, Christian Science Monitor and other publications. He also served as a Peace Corps teacher in Sierra Leone from 1963-1965. Lowther managed Africare’s work in Southern Africa for approximately 30 years.

On November 7, 2012, journalist Kevin Lowther will discuss The African American Odyssey of John Kizell from 7-8 pm at the Tate Center, Room 131, at the College of Charleston.

Contact: Michael Allen, NPS Community Partnership Specialist
Phone number: (843) 881-5516 X 12
Date:   October 22, 2012
Gullah Geechee Cultural Heritage Corridor Commission to Meet in Georgia
The four-state Gullah Geechee Cultural Heritage Corridor Commission will hold its fourth 2012 quarterly meeting on November 9 in Kingsland , GA.  The meeting will begin at 10 a.m., at O. F. Edwards North Center Complex, 531 North Lee St . The public is invited.
Highlights will include updates on the Commission’s Public Comment Report for the recently released Management Plan; preparation to begin program implementation and receiving and reviewing submissions of Partnership, Partner Site, and Stakeholder applications; executive staff; and establishment of a fiscal arm.
“The management plan has been submitted to the National Park Service for review, with the expectation that in the coming weeks it will be forwarded to the U.S. Secretary of the Interior for approval,” said Chairman Ronald Daise.   “With hopes that the Management Plan will be approved, the Commission is working diligently to ensure we will be able to implement the initial, mid-term, and long-range actions that have been identified.  Effective partnerships and financial donations will be the key to the Corridor’s ultimate success.”
Comments from the Management Plan’s Public Comment Period, July 18 – August 17, 2012, are posted on the Corridor’s website, www.gullahgeecheecorridor.org,
and the PEPC (National Park Service Planning, Environment and Public Comment) Web site: http://parkplanning.nps.gov/guge.
For more information about the Corridor, contact Michael Allen, NPS Community Partnership Specialist, at 843-881-5516, x12 or visit the Corridor’s website. 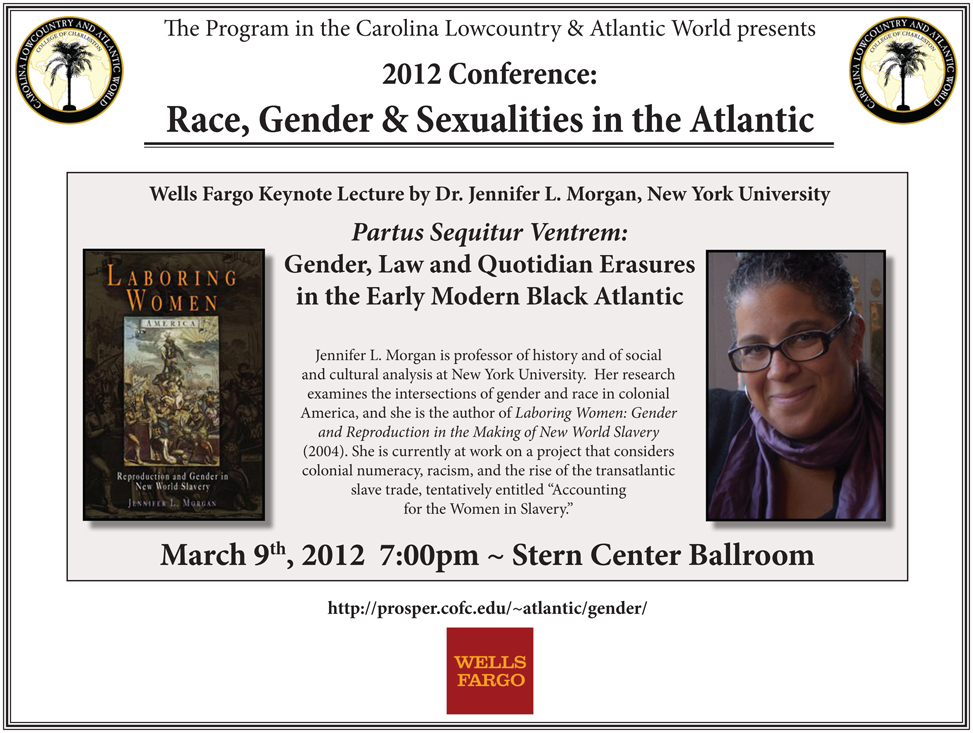 CLAW UK Associate Director David Gleeson is happy to announce a new project at Northumbria University entitled Locating the Hidden Diaspora: The English in North America in Transatlantic Perspective, 1760-1950‘.  The project, which is led by Professor Don MacRaild, Dr Tanja Bueltmann and Dr David Gleeson, argues that the existence of English cultural communities in North America has been largely ignored by traditional historians who see the English as assimilating into Anglo-American culture without any need to overtly express a separate English ethnicity.  Please visit the project’s website or check out this article for more information.

Thanks to Jean-Pierre le Glaunec, one of the contributors to our forthcoming volume on the abolition of the slave trade, for drawing our attention to the excellent website on marronage in Haiti that he and  an array of fellow scholars have been collaborating on. Check it out!

The Daily Gamecock: The official daily newspaper of the University of South Carolina

Weaving a rags to riches tale that extolled the virtues of hard work and higher education, Justice Sonia Sotomayor told thousands of USC graduates that an education’s value should be judged on its impact in life instead of high-paying jobs or fancy titles.

The short commencement address to graduates inside the Colonial Life Arena touched on the harsh realities that lie ahead for many graduates: the job market is tougher, and average college debt is growing annually.
But using vivid examples from two key figures in her life—her mother and South Carolina native and historian Vernon Burton— she delivered an uplifting message that honed on the relentless pursuit of excellence in the midst of any circumstance.

Her speech addressed none of her legal scholarship that earned her a place on America’s highest court and talked little of her professional successes.

It was a personal, reflective address that attributed many of her current beliefs to her mother, a Puerto Rico native and Army veteran who managed to support two children in the Bronx by constantly working and never giving up hope for a better life.

Sotomayor’s father died when she was 9, but her mother funded private school and college because “that was the best for her children.”

“Education was always paramount to my mother,” Sotomayor said.

At the age of 45, Sotomayor’s mother returned to college herself in an effort to make more money for her family.

Her mother’s values were supplemented by her encounter with Vernon Burton during her time as a student at Princeton University. Burton, a native of Ninety Six, South Carolina, was a hunter and fisher who often sold boiled peanuts to help his family. His Southern drawl came in deep contrast with the New York accent Sotomayor carries.

“It seemed a very deep chasm existed between his world and mine,” Sotomayor said.

But the justice came to become good friends with the hard working, incredibly intelligent and passionate Burton. The two often commiserated over stories of helping their families and working through adversity.

Burton is now a distinguished professor at Clemson University.

Charleston, SC- May 10, 2011.
For 500 hundred years the island nation of the Dominican Republic has reveled in its rambunctious customs – music, dancing, masks and mayhem. The colourful chaotic, subversive, upside down world of carnival in the Dominican Republic is explored in a new documentary, Colores del Carnaval Dominicano to premiere at the Avery Research Institute on May 26, 2011 at 6:00 PM.

Award winning documentary film makers Ruben Duran and Donna Pinnick have produced a film that examines the living tradition of the oldest carnival in the Americas.

“The Documentary is excellent, well designed, well documented, good cinematic pace, agile and entertaining. The visuals play well with the narrative, photos and testimonials”, states Dr. Dagoberto Tejeda.
Dr Silvio Torres-Saillant states, “It is both educational, in a truly meaningful way, and entertaining, in keeping with the spirit of celebration that informs the carnival tradition. One gets to see the Carnaval as a cultural expression that must clearly rank among the world’s best known carnival traditions, such as Rio de Janeiro’s and Trinidad’s.”

History comes to life as the entertainer, ordained minister, and historian Kevin McIlvaine recreates the presence of American social reformer, orator, writer, and spokesman Frederick Douglass in a one-man performance at the Avery Research Center for African American History and Culture on May 5, 2011 at 6:00 pm.

The event is free and open to the public.

As the Civil War Sesquicentennial unfolds over the next several months, Southern Cultures (Emory University) is providing an online resource for scholars and students of the War, which includes new and featured content that explores the nation’s memory of the War and much more. This resource also includes all of the essays we’ve published over the last ten years on the Civil War from noted scholars and other great writers.

Our first offering for the Sesquicentennial is a new essay from former College of Charleston Professor and CLAW UK affiliate, David Gleeson (Northumbria University) that looks at how Confederate veterans used their status to post-War political advantage. In addition, among other offerings we’ll also provide a new essay from Peter Carmichael that suggests why competing schools of memory of Robert E. Lee provoke so many arguments.

Over 65,000 scholars and students around the world have read our content online and in print, including numerous Civil War experts and aficionados. For our new and archival Sesquicentennial content, please
visit:
http://www.southerncultures.org/content/read/read_by_subject/civil_war/

The CLAW Program is now on Facebook.  Become a fan and you will receive event notifications, program news, and other information directly in your Facebook account.