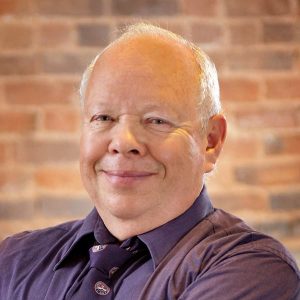 Congratulations to Dr. Vernon Burton for being honored at The Governor’s Awards in the Humanities ceremony on October 19, 2017 at Hilton Columbia Center. Dr. Burton was one of four recipients at this year’s awards luncheon along with The Auntie Karen Foundation (Karen Alexander), The Hon. Betty Jo Rhea, and Dr. Dixie Goswami.
Now celebrating its 26th anniversary, the Governor’s Awards in the Humanities recognize outstanding achievement in humanities research, teaching, and scholarship; institutional and individual participation in helping communities in South Carolina better understand our cultural heritage or ideas and issues related to the humanities; excellence defining South Carolina’s cultural life to the national or world; and exemplary support for public humanities programs.
Dr. Burton gave a power acceptance speech that we believe is worth posting for all to read…
I am honored and humbled, especially since at this same time our friend Dixie Goswami, a hero to both Georganne and me, receives this award. I am grateful that my daughters took time off from busy lives, and brought grandchildren, to share this day.
It is an exciting time to be a historian in S.C. I grew up in the farming- textile community of Ninety Six. In 1969, I left for graduate school at Princeton, bracketed by two brief stints in the Army. I then spent 34 years at the University of Illinois researching and teaching the American South. I never wanted to leave home and my beloved mother, and when I met Georganne I told her I was only temporarily in Illinois until I could get back to South Carolina. One of the books I wrote, The Age of Lincoln, allowed me to retire and return home. Things have certainly changed dramatically in SC since 1969, and people here no longer care much for Lincoln, although I argue that he was not only the greatest president, but the greatest theologian of the 19th century, and a great southerner. The culture wars continue their cruel effect on democracy.
At least twice, our state has been at the forefront of United States history. In 1860, we led the nation in the wrong direction into civil war. Every elementary student knows the story, or at least a version of it; and on courthouse squares, and on the state house grounds, we celebrate the defeated Confederacy. Yet, South Carolina also led the nation during the Civil Rights Movement. Brown v. Board, which ended segregation, began in the 1940s when an extraordinary group of African American families in rural Clarendon County demanded a decent education for their children. Few know of these courageous heroes or their leader Rev. Joseph DeLaine, or their few white allies, who made our state and nation a more democratic and inclusive one. No monuments celebrate them nor their hard-fought victory.
South Carolina again has the opportunity to lead the nation in the right direction and to be on the right side of history. In the aftermath of the June 17, 2015 terrible tragedy, the Mother Emanuel Church massacre, I was interviewed by NPR and was not optimistic that the Battle Flag of the Army of Northern Virginia would be removed from the state house grounds. South Carolinians, however, illustrated the best of our shared culture, and consistent with their faith, the families of the victims of Mother Emanuel forgave the murderer Dylan Roof, and their acts of grace changed the debate. The word “grace” permeates the legislative debates on the flag. I believe that is why white legislators voted to furl the flag, some understanding for the first time what the Confederate flag symbolized to African Americans; and why it was so appropriate that President Obama sang “Amazing Grace” at the memorial service.
People do not learn their history from the books historians write (or my grandchildren would have a larger college fund). We learn our history from what our communities tell us is important, by what they memorialize and to whom they erect statues
Most important for learning is our state house grounds, and today every single monument or statue to a named individual recognizes only white supporters of slavery, segregation, or white supremacy. I acknowledge a monument to African American denizens (who until 1930 comprised the majority of South Carolina’s population), but no monument honors an African American individual or individual’s achievements. We can rectify this situation and help end, or at least moderate the worst of the culture wars by erecting statues and celebrating South Carolinians who went against the grain and fought against white supremacy and for justice and “grace.” Hosts of African American and white South Carolinians fought the good fight and can be role models for generations to come. We must balance our public history presentations.
Growing up in Ninety Six, I learned from a marker commemorating Congressman Preston Brooks’ 1856 caning of abolitionist Senator Charles Sumner in the Senate Chamber. That marker signified that the way to be celebrated was to brutally beat those with whom you disagree. (It is no wonder we were state champs in football!) There was another local hero, but because of segregation, I never heard of the long-time president of Morehouse College, Dr. Benjamin E. Mays, until I met him during religious emphasis week my senior year at Furman. Today, that great theologian, spiritual god-father of the Civil Rights Movement, and mentor to Martin Luther King, Jr. is celebrated and recognized in Ninety Six, and I encourage you to visit the Benjamin E. Mays Historical Site in Greenwood where a statue will be dedicated to Dr. Mays Nov. 4. It is an excellent example of how we can do better, how a community can recognize an apostle, advocate, and example of peace and “grace,” an alternative role model for all youth, black and white. — Thank you.