On September 27th 2016, Nicole Maskiell, an assistant professor of History at the University of South Carolina- Columbia delivered a lecture entitled “The Runaway Who Passed as Slave Catcher: Native Slavery and the Strange Histories of the Color Line” as the CLAW program’s first Wells Fargo Distinguished Public Lecture of this academic year.

Dr Maskiell’s lecture represents her research into the histories of race and slavery in the colonial northeast, especially New York and New Jersey. Using a range of slave runaway advertisements between about 1680 and 1770, Dr Maskiell demonstrated how both slaveholders and  enslaved people  used “Indian” and “mulatto” identities, identities that over time hardened into the racial binary of “white” and “Negro.” The existence of multiple ethnicities  in colonial New York and New Jersey was ultimately responsible for shaping the  development of race and identity in the colonial period and beyond.

Dr. Maskiell’s work refines the contours of our understanding surrounding concepts of race and identity in the colonial period insofar as she successfully demonstrates that they existed outside of a binary. More importantly, failure to consider identities outside of the dichotomy risks losing the rich and important voices of enslaved peoples.

Dr. Maskiell’s talk also placed considerable emphasis on how slave masters established a network throughout New York, New Jersey, Connecticut and Maryland to assist in the recapture of enslaved people.

The talk was extremely well attended by the College students of all standing.  The high number of attendees demonstrates that there is still significant interest in recovering the lost voices from this nation’s past.

Lisa Covert, a member of the History faculty at the College, stated that:

“Dr. Maskiell presented fascinating research on the complex, multiethnic context for the evolution of ideas about race in the early Americas. Her research reveals how various actors subtly deployed racial categories to meet their own needs, whether that meant tracking down a runaway or carefully evading capture. She demonstrated the challenges of piecing together the stories of those so often marginalized in the historical record by inviting the audience to interact with her sources. In so doing, however, Dr. Maskiell also revealed how fragments can come together to speak volumes. ” 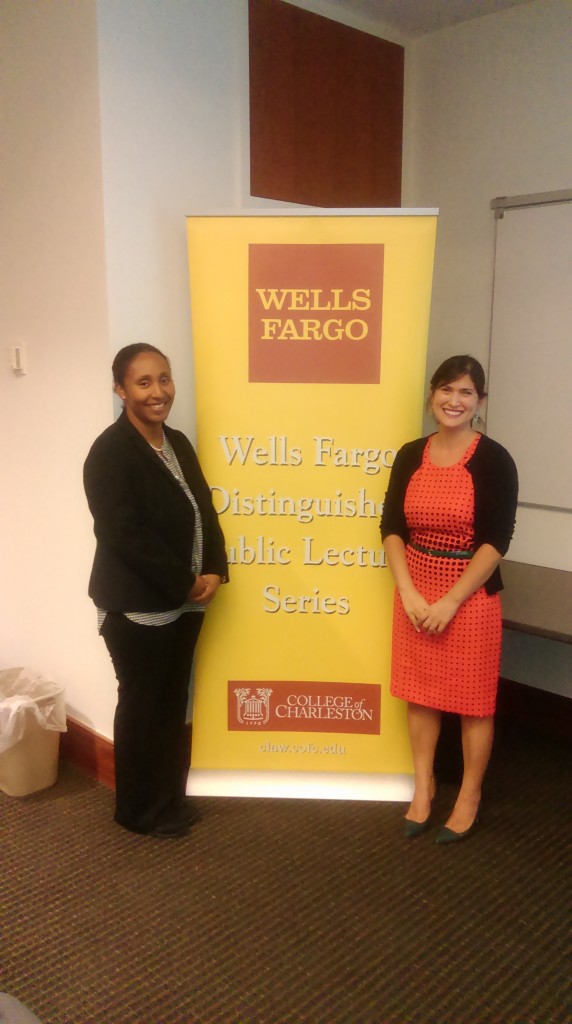