On September 15th, Mark Auslander, an Associate Professor of Anthropology at Central Washington University and Director of  CWU’s Museum of Culture and Environment, gave a presentation at the College of Charleston on an embroidered bag known as “Ashley’s Sack” that will be displayed at the new Smithsonian Museum of African American History. The embroidery on the sack tells the story of a mother and daughter who were separated by a slave sale in South Carolina. The sack, of unknown provenance, is presumed to have remained in the family as a treasured heirloom, before appearing for auction in 2007.  Because of Ruth Middleton’s embroidered name on the sack, it was purchased by Middleton Place, where it has been on display in a variety of contexts since.

Auslander’s talk not only revealed the outcome of his genealogical detective work to determine the likely identities of Ruth, Middleton and her ancestors, but also demonstrated how the embroidered text and the sack itself can humanize the broader historical narrative of kinship among enslaved families that were split up during the period of slavery in South Carolina.  Pointing out that the family structure was of vital importance, not only to slave identity but also to the memory of enslaved persons, even when the unit itself was dispersed over many miles, Auslander demonstrated great dexterity in tracing probable candidates not only for Ruth Middleton, and her great grandmother Rose and grandmother Ashley, but also for their likely master.

Auslander’s research is significant insofar as it attempts to broaden our understanding of how enslaved people attempted to preserve not only their family networks, but also how they sought to preserve notions of agency and autonomy.

The talk was well attended, with members of both the campus and wider Low Country community in attendance. The broad range of attendees rendered the discussion both lively and inquisitive. 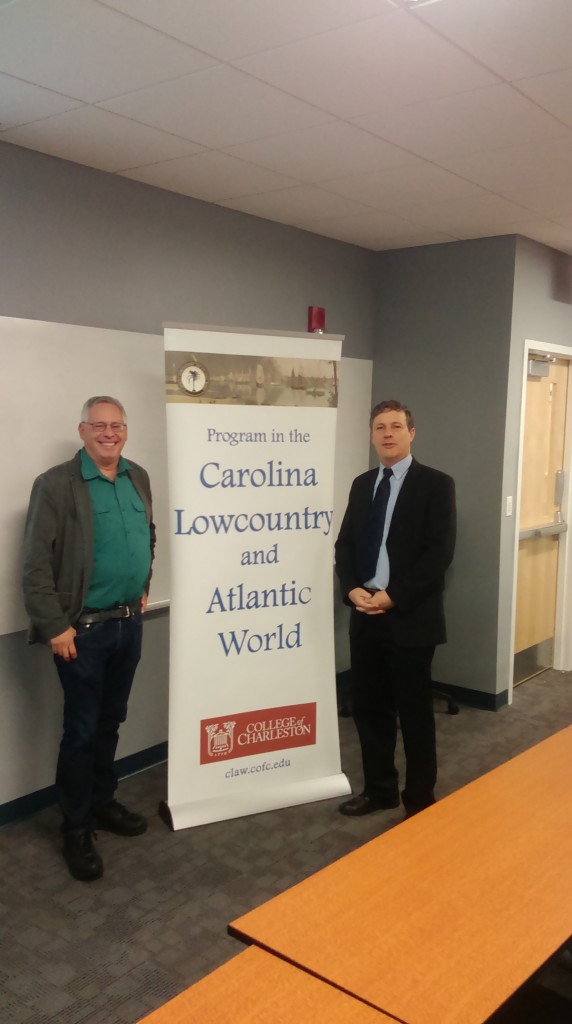 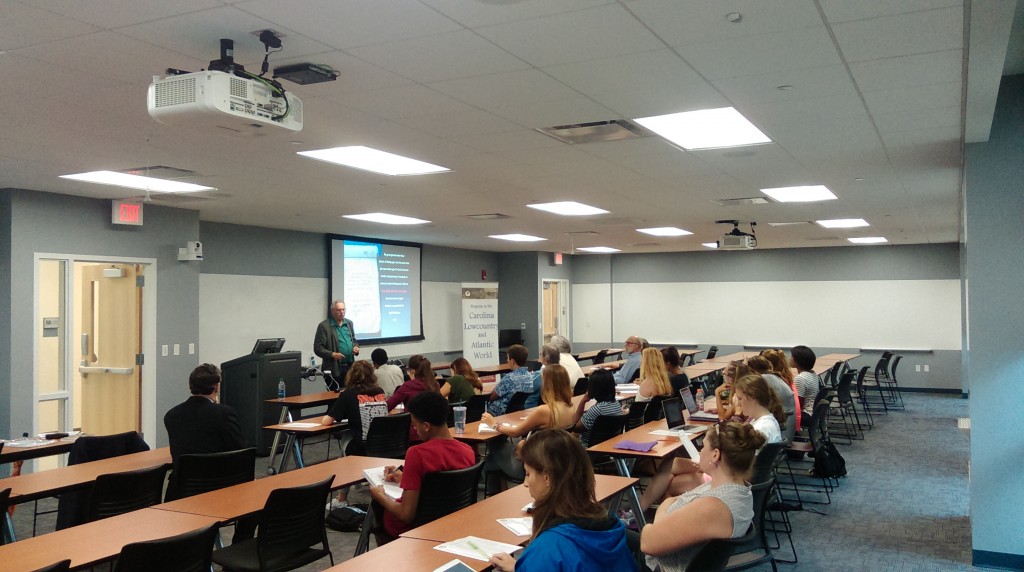